WILL OVERBY – AUTHOR OF THE BROCK FORD SERIES 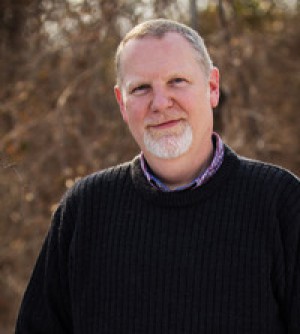 LIME REALTY GROUP is giving you all kinds of suggestions for activities this summer for you and your kids!  Reading is the first suggestion we made.  Reading comics or books.  In the spirit of this suggestion, we’ve talked to Children’s book author, Will Overby about his work and about his award winning, Brock Ford series.  Enjoy the interview and make sure you enter to win an autographed copy of a book written by Will Overby!

Ladies and Gentleman…  Mr. Will Overby! 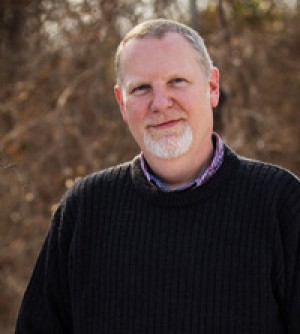 Lime:  So how did you get your start in Children’s literature?

Will:  I got into writing children’s books kind of by accident.  I had been writing for many years with not a lot of success.  One weekend I was going through some old unfinished manuscripts and scribbled ideas and I came across an outline for a children’s story that would eventually become The Movie House Mystery.  I decided to give it a second look and ended up writing the book fairly quickly.  It became the first book I published through my own company.

Lime:  There are three adventures staring Brock Ford.  Have you written more?

Will:  I’m currently working on Brock’s fourth adventure, which will take place in the Amazon Jungle.

Lime:  Where do you get your inspirations for your books?

Will:  Inspiration can come from anywhere.  Most of the time my best ideas come to me when I’m not trying to think of something.  The idea for the whole Brock Ford series came to me when I saw an illustration in the Banana Republic catalog of a campsite in Africa.  I envisioned the complete first story, The Lost Treasure of Kilimanjaro, almost in its entirety.  I’ve also been inspired through random emails from friends and visiting new places.

Lime:  Do you ever meet your fans?

Will:  Absolutely!  I love meeting fans of both my children’s books and my adult fiction.  I love getting emails and letter from people and hearing how much they’ve enjoyed something I’ve created.  My favorite fan interaction so far has been with the twins who created a whole book fair project based on The Movie House Mystery.  They sent pictures of their display and everything.  It was awesome!

Lime:  Is Brock Ford based on a real person?

Will:  Brock is a combination of several people I’ve known in real life, and many characters I’ve come to love over the years from movies, TV shows, and books I’ve read.  I also have to admit Brock is the kind of adventurous kid I wish I’d been at his age.

Lime:  Do you have any other Children’s authors you enjoy reading or recommend?

Will:  I highly recommend books by Rebecca Stead, especially her book When You Reach Me.  I also enjoyed  Al Capone Does My Shirts by Gennifer Choldenko.

Lime:  What was your favorite book when you were young?

Will:  I very much loved the Winnie the Pooh books by A.A. Milne and both Charlotte’s Web and Stuart Little by E.B. White.  When I got a little older one of my favorite novels was Escape to Witch Mountain by Alexander Key; I think I was in love with the idea of being from another world, and that being the explanation for why I felt as if I didn’t belong.  Honestly, I read so much as a kid that I can’t really pin things down to just one favorite book.  Reading was a major method for escaping my mundane existence, so I guess it only makes sense that I would gravitate toward the fanciful and adventurous.

Lime:  What other Children’s books have you written besides the Brock Ford series?

Will:  There is The Movie House Mystery, which chronicles a race to find a valuable movie artifact and Zach Ziegler’s So-Called Middle School Life, which details the life of a seventh-grader and his search for acceptance of himself.

Lime:  Have you ever had your books read in schools?

Will:  I’ve been invited to speak to English classes at my old high school, and I got to meet with the third grade classes and read to them.  I really enjoyed talking and reading with the younger kids, and they sent me a big package of thank you notes and letters.

Lime:  What’s the most challenging part of writing the Brock Ford books?

Will:  The Brock Ford novels take a tremendous amount of research.  Not only do I have to know about the area and people in each story, but since the books take place in the 1930s I also have to be up on my history.  Here is where the greatest challenge lies:  I have to write from the historical and scientific perspective of that time period without mistakenly adding elements from the future.  In Brock’s world, there has never been World War II.  Or television.  Or rock music.  Or hundreds of other social and cultural conventions we take for granted in 2016.  To solve part of that problem, I use a set of encyclopedias from 1936 for all my research, which means some of the science in the books may be a bit skewed from things we know today.  However, I try to stay away from anything that I know has been disproven in the 80-odd years that have passed between Brock’s time and ours.  It’s a fine line between writing for pure entertainment and not wanting to pass along misinformation.  But that’s part of what makes writing these book so fun and interesting.

Lime wants to take the opportunity to thank Mr. Overby for his time and tremendous talent!  If you want to be the winner of the autographed book he signed for us.  Send us a message or comment on Facebook and we’ll get your name in the drawing!  Good luck everyone!